NFPA standards require that an internal inspection of a fire sprinkler system be conducted every five years for obstruction investigation and prevention.

In this required five year inspection, our technicians perform the inspection by opening a flushing connection at the end of one main and by removing a sprinkler toward the end of one branch line for the purpose of inspection for the presence of foreign organic and inorganic material.

This internal inspection is intended to reveal the following which will reduce the capacity and effectiveness of a fire sprinkler system:

In the event that MIC is detected in your system, we are specialists in dealing with corrosion. We have years of experience in finding and eliminating MIC through lab testing, and we utilize the latest chemical flushing technology and practices to return your system to MIC-free status.

Our obstruction investigation is performed at the following four points:

Here are some tell-tell signs there may be an obstruction in a fire sprinkler system:

In one recent case, we discovered that the fire sprinkler piping for a dry system in a large data center was not property pitched. This improper pitch allowed water to be trapped in low areas, causing corrosion, wall thinning and obstructions. As are result, the entire pipeline network was required to be replaced at a substantial cost to the owner.

Is it time for your five year obstruction inspection?

While this required five year inspection may seem like a burden on property owners/managers, we make it as easy and convenient for you by combining other required inspections simultaneously so your on-site labor time is kept to a minimum while we keep you compliant and your fire sprinkler system operating at its maximum capacity. 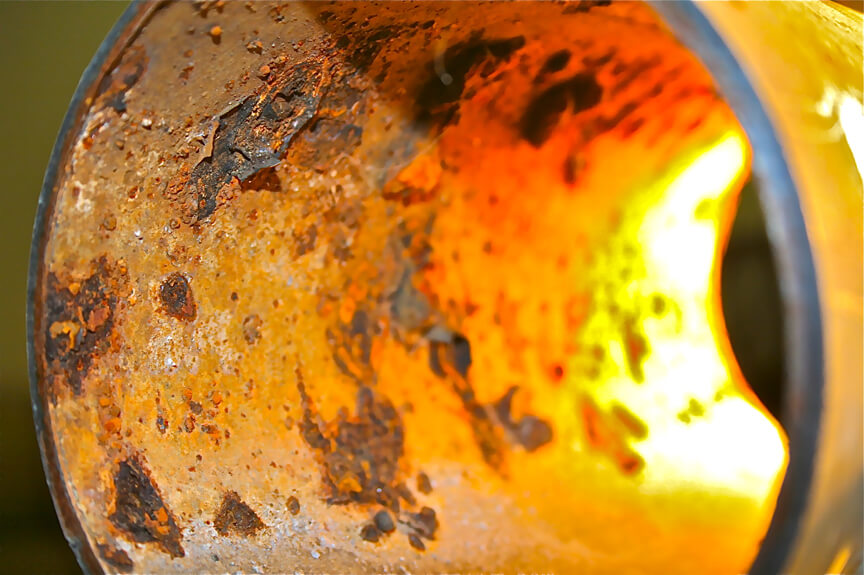